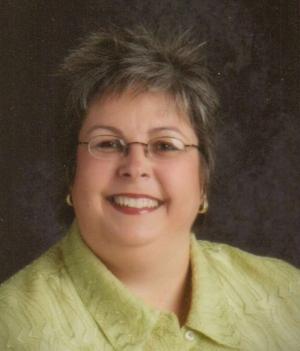 Yalonda Ivers is beginning her twenty-first year with Bells ISD. The 2019-2020 school year will be her fourth as the principal of Bells Elementary School. She describes this position as her absolute favorite job EVER! She greatly respects the incredible teachers at BES and totally adores all the amazing little Panthers that attend the school.

Mrs. Ivers grew up in Denison, Texas. She attended Mayes Elementary School, Hughes Jr. High (now BMac), McDaniel Jr. High (in the historic old high school that once graced the streets of downtown Denison), and Denison High School (now Scott Middle School). Mrs. Ivers graduated from Denison High School in 1986. She graduated 6 th in her class of 222 students. After high school, she attended East Texas Baptist University as a music major. Her intent was to go into full time ministry as a music minister/worship leader and/or youth minister. As she began her studies, she was drawn to the field of public education. She has served part-time or as interim music and/or youth minister in various churches during college and for most of the time that she has been in education. She married the love of her life, Jackie Ivers, in December of 1989. In fact, Mrs. Ivers met her husband Jackie at a children’s camp in the summer of 1988 while they were both serving as ministers at two different churches. Mrs. Ivers graduated from ETBU with a Bachelor of Music in December of 1990. Mrs. Ivers taught English Language Arts and founded the first choral program at Texoma Christian Middle School (now a part of Texoma Christian School) during the 1991-92 school year. In the fall of 1992, Mrs. Ivers became a Bells Panther, working at Bells High School where she taught choir, theatre arts, and speech.

She decided to go back to school while teaching in order to work on a degree in counseling. She earned a Master of Science in counseling in December of 2005 from Texas A&M University- Commerce. As she worked on her counseling degree, the opportunity arose for her to work on a degree in administration as well. She earned a Master of Education in June of 2007, also from Texas A&M University- Commerce. These degrees led her away from Bells to two other districts where she worked as a high school counselor for eight years. She was thrilled to return to BHS where she worked as the assistant principal for three years before accepting the position of principal at Bells Elementary School! Mrs. Ivers is very passionate about her relationship with Christ, her family, and education. She and Jackie are now empty nesters and still live in Denison. All three of the Ivers’ sons are graduates of Denison High School.

Her oldest son JQ and his husband Nick reside in NYC where JQ is pursuing a career in the airline industry and Nick as a journalist. JC & his wife Ruthee both graduated from Oklahoma Baptist University and live in Spotsylvania, VA where JC serves as Youth and Worship pastor at the Refuge Church. JT earned an associate degree in general studies from Grayson College and is currently a student at the University of North Texas pursuing a degree in journalism with a focus in advertising. In her spare time, Mrs. Ivers loves to sing, listen to music, read, learn, and cook. She is quite a Star Wars and Star Trek fan and loves all things super hero- especially Batman and Wonder Woman. She freely admits to crying multiple times during Avengers: Endgame. She is a huge fan of Harry Potter and has read all the books multiple times; book 4, Goblet of Fire, is her favorite. She is also a fan of The Chronicles of Narnia and the Percy Jackson books. She finds learning new things fun and considers reading the very best way to do so!